Although most forms of ear and hearing problems can be effectively managed with modern technology, tinnitus remains an invisible unaddressed burden to many.

In this CIICA conversation, led by Robert Mandara (Vice-President, EURO-CIU) and Julianna Franchetti, both CI users, we discussed their thoughts and experiences on all aspects of tinnitus in relation to CI. 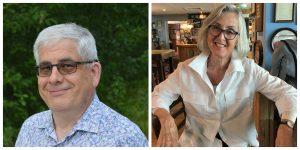 It was clear that the impact is huge and rarely recognised by others in daily life: “I basically couldn’t cope because the tinnitus was like I was somewhere near the aircraft- roaring engines”.

There were mixed experiences with CI and tinnitus and the topic of children and tinnitus was also explored. “I had tinnitus since I was 4 but I did not know it was tinnitus.”
Read the summary of this fascinating conversation – and one which will be continued.

The summary of the conversation available CIICA Conversation- Tinnitus and CI Summary.